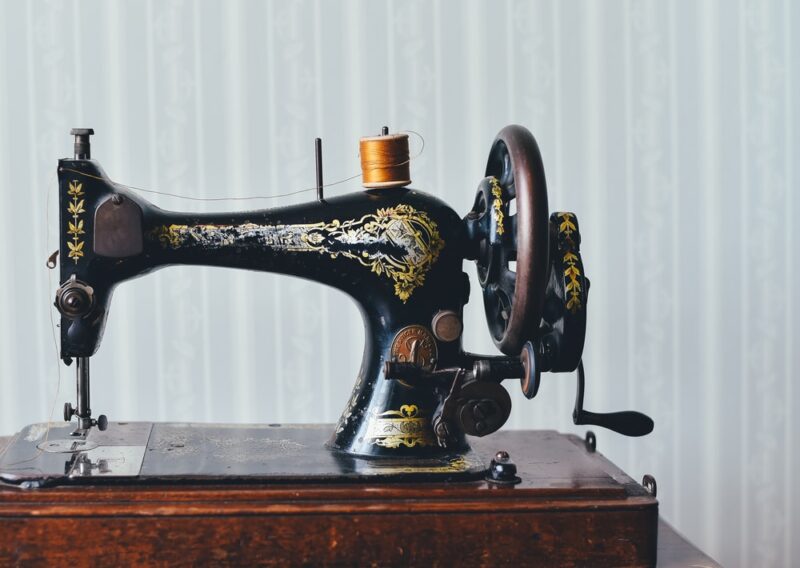 Have you ever noticed the sewing machine? They seem pretty straightforward and most of us think of them as nothing but just simple piece of tech with simple engineering. Don’t take this for granted because they have been through ages and revolutionized the textile industries like no other. Not only just that they have made the home sewing much faster as well. One of the most interesting things about them is their engineering work behind even with the cheap sewing machines but there are some other interesting facts about the sewing machine that will show how far they have come. Here is what you need to know.

Early machines are always considered as American inventions but earlier models were in progress in Britain and France as well. The early machines used to b heavy and could stitch in chain stitch the material such as canvas and leather. However, the earlier machines still followed the engineering behind the domestic sewing machine and industrialized machines didn’t really start to appear until the modernization of tech behind that was taken further by William and Edward Chapman. They were English and they were the first to introduce the pinpoint machines.

The riot was caused because people were not happy with how a machine was working faster than the traditional methods. In 183o when Bartheleemy Thimmonier patented his first machine it started to stitch the fabric by using the curved needle and it was mainly installed in a factory where uniforms of the French army were being produced. The local tailors were furious over losing such jobs and they attacked Thimmonier and this caused a riot.

Singer Evolved He Machines to Next Level

There Is a National Sewing Month

Yes, this is true that there is a national sewing month to celebrate sewing globally and it was established in 1982 during the era of President Ronald Reagan. The purpose behind this was to honor sewing in America and around the world and it is still celebrated in the form of different expos and craft events.

Bone or Ivory Was Used To Creating First Needle

Before machines were modernized people used to sew manually or by hand and the sewing needles were not made of steel. They were mostly made of bone and ivory.

We bet you didn’t know about these facts about the sewing machine. There is more to know about this simple-looking yet intricate engineering marvelous. Take a look here for more information.

× Want To Get Prices?

We use cookies to ensure that we give you the best experience on our website. If you continue to use this site we will assume that you are happy with it.Yes, I'm Accept